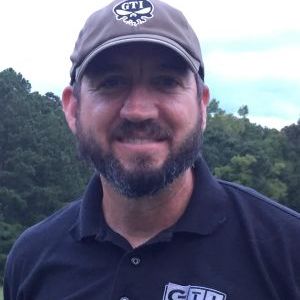 JT Timmons was a member of a full time Special Response Team at Savannah River Site for 7 years. He was his team sniper and was also breacher qualified and aerial door gunner qualified. While on the SRT team, he was a member of the SRS/DOE SPOTC competition shooting team for 3 years. He and his team won the National Championship shooting competition held at the National Training Center in Albuquerque, NM 2 of those 3 years.

JT left SRS in 2007 and joined the Greenwood County Sheriff's Office. JT held the rank of Sergeant and served as a member of the SWAT team, the training unit and the narcotics unit. In 2012 JT was involved in a shooting that forced his early retirement. He received 2 Medals of Valor for his performance on that day.

Since his retirement in 2012, JT started Timmons Precision Weapons Company and builds custom guns for a living.

JT joined the Government Training Institute's instructor cadre in 2016 and teaches several law enforcement tactical courses along with civilian rifle and pistol courses. In 2018 JT took over as GTI's Range Master and Director of the GTI Legion program, bringing with him a vast amount of knowledge and skill that he hopes to pass along to students willing to learn.